The Experience of Aerial Photography at Buddhist Sites 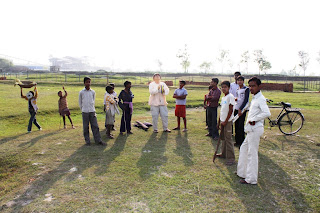 Nalanda was privileged to host retired French archaeologist, Yves Guichand. As an archaeologist, his knowledge regarding Buddhist heritage sites is invaluable, as is his expertise as a kite photographer. Yves has been coming to Nalanda since 2005 to document the heritage with his aerial photographs. In the past five years, he has helped me, working with Nava Nalanda Mahavihara, to document 50 such Buddhist heritage sites with his kite photographs.

Ever dependent on the wind, kite photographers face the challenge of timing site visits with the cooperation of Mother Nature. Some years have been less than ideal with little to no wind at the opportune times of the visits. The last two years, however, 2010 and 2011 have been particularly fruitful. In these two years, more than 25 Buddhist heritage sites have been documented.
Aerial photography provides the bird’s eye view necessary in order to understand the shape of the structure, its placement with respect to other structures, as well as the damage to the structure itself. Besides the archaeological value of aerial photographs, these aerial pictures also provide an aesthetic value, one that allows us to realize the full scope of many large Buddhist structures from the top down.

The camera is programmed to capture images at a fixed interval. The wind needs to be strong and stable enough to carry the camera, without waving it too much. On average, the kite stays up in sky for 30 to 45 minutes and clicks an average of 150 to 200 pictures. As per the requirement, the best pictures were chosen. We share with you a few of the best shots at a few select places.

The Kite and the Camera

Some of the Aerial Pictures Yves Shot in 2005-2011
﻿
﻿
﻿
﻿
﻿
﻿
Besides the usefulness of the activity of kite photography, the visits themselves have proved to be a big attraction for many villagers in these rural areas. As you can imagine, a Frenchman with a big kite is not your typical visitor to rural Bihar. Villagers welcomed us with enthusiasm wherever we traveled. Their excitement was contagious and kept us motivated to work hard for two weeks straight. Many new associations were formed with village leaders working to preserve the heritage in their areas. Here are some pictures many cheerful people we came to be acquainted with. 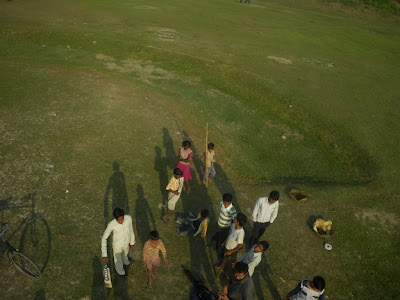 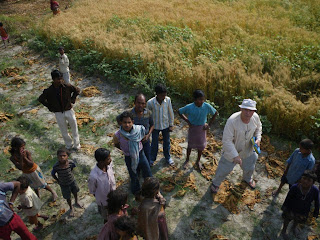 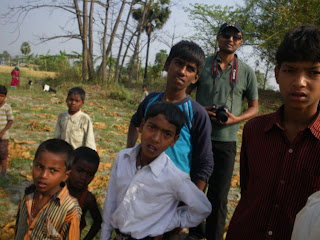 Hii,
Could you please email me your contact details as i wish to know the procedure to you your picture for a TV show. My contact id is deshmukh.itc@gmail.com

Awesome! Thanks for sharing with us. Keep writing and updating something on how can we do Aerial Photography Destin.