Celebrated Monk scholar Xuanzang, who came to Nalanda in the 7th century CE, visited the Ashokan stūpa to mark birth and death of Mahā Moggallāna at the Village Kulika (Travels¹, Thomas watters, Vol-2, P-171). Kulika, Xuanzang maintains was a part of Nalanda Sangharama, he briefly stayed at a farm house here (Life²- S. Beal, P- 109).
Xuanzang maintains that the stūpa site was 8-9 Li South-West of Nalanda Sangharama (Travels¹, Thomas watters, Vol-2, P-171) and 7 Yojans from the Bodhi Tree (Life²- S. Beal, P- 108). Based on the description provided by Xuanzang and some research studies done in the past the Archaeological Survey of India in 2007 conducted excavation of the 10 Mt high mound measuring 105 X 100 Mt. The excavation revealed the mound to be a Stūpa site from the times of the Buddha with successive reconstructions in later periods. Among the rich antiquities unearthed in the course of excavation was a broken disc bearing two Brahmi letters “MUGA” (Excavation at Juafardih and its identification with Kulika, Puratattva-vol- 38).  All the finds suggests this stūpa to be the stūpa to mark birth and death of Mahā Moggallāna as mentioned by Xuanzang
Posted by Deepak Anand at 5:09:00 PM 1 comments

For the first time in the history of Bihar, son of the soil, Dhammasenapati Ven. Sariputta was remembered on the occasion of 2497th Parinirvana year in his homeland. As the part of the event a ‘Sariputta World Peace Walk” was organised jointly by Nava Nalanda Mahavihara, Nalanda (Deemed University) and Bodhgaya Temple Management Committee, Bodh Gaya.
As a part of the event in the morning, monks from various Buddhist countries assembled along with participants from BTMC, students, teachers and staff of NNM at the foothills of the Giriyak Hill, Giriyak. It was almost to the amazement of the organizers a group of local community from Chandi Mau, Nanand and Giriyak were assembled to welcome the Bhikkhu Sangha.
A brief Ceremony of 1 hour was organised in which the famous Sammādiţţhi Sutta of Pali Canonical Text given by Ven. Sariputta was chanted by the Ven. Bhikkhu Sangha. Thereafter the speakers in their address expressed, that this zone comprising of villages Chandimau, Nanand and Giriyak be preserved, developed and promoted as Sariputta Heritage Zone. 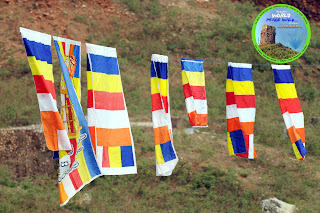 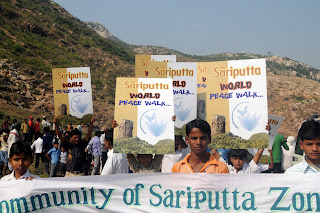 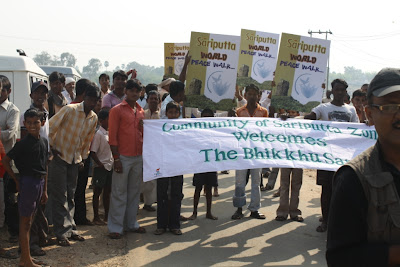 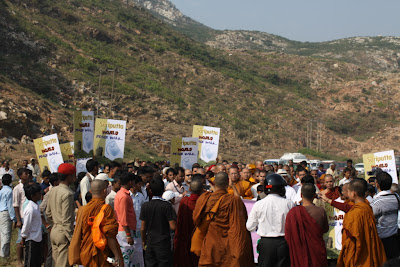 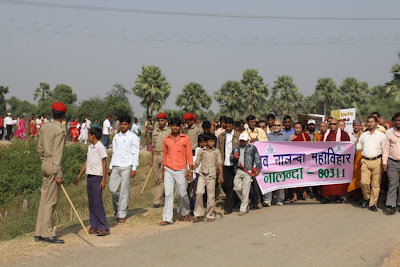 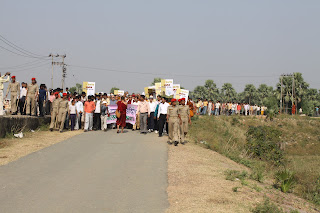 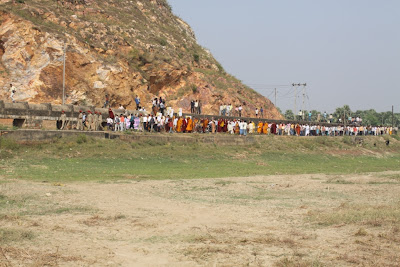 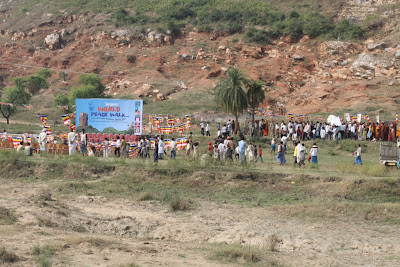 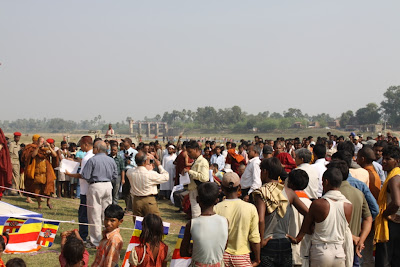 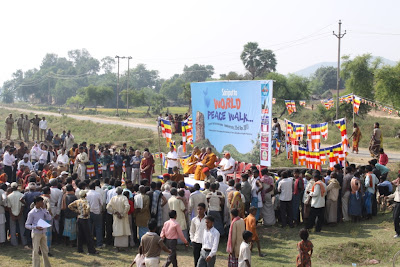 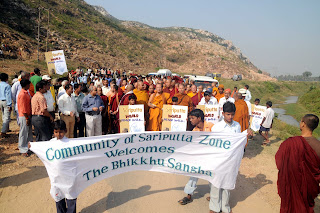 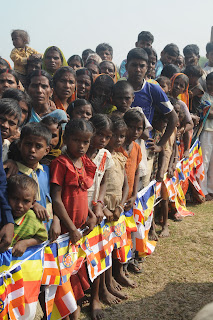 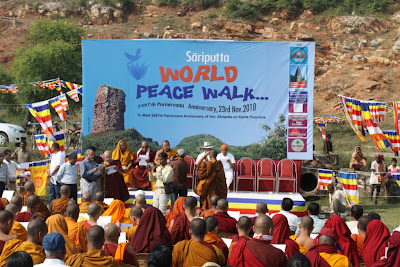 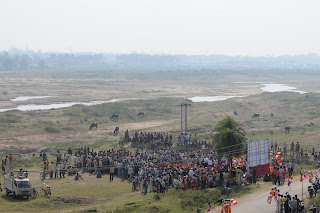 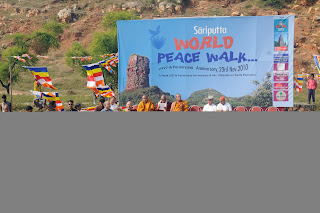 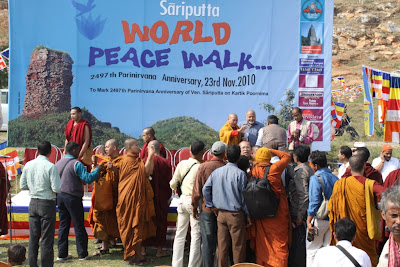 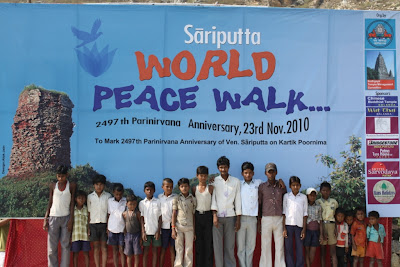 Launch of the Promotional material of the
Sāriputta World Peace Walk

On 17th November 2010, Promotional material for the world peace walk was launched in a small function at Bodhgaya Temple management committee Office at Bodh Gaya. 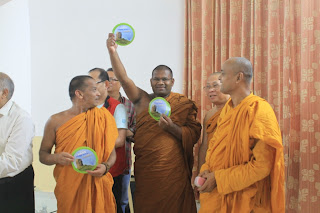 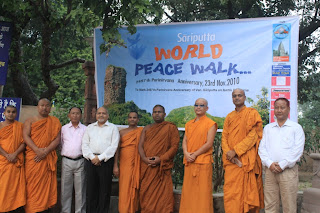