Rich archaeological remains at the top and at the base of the Giriyak Hill (25° 01’ 28 N, 85° 30’ 51 E) suggests that this was a very important place in the past. The Big Stone structure (60 Mts X 60 Mts X 40 Mts) is from same period as the Cyclopean wall and Pipalli Stone House. Local folklore links all the mighty stone structures (cyclopean wall, Pipali stone house etc) of Rajgriha with the mythological king  Raja Jarasandha, who also finds mention in the Puranas Literature.

Local legend says that the during the Mahabharata epic the army of Pandava's camped at the base of Giriyak Hill as the Rajgriha was impregnable. The Cyclopean wall which surrounds the Rajgriha is believed to be built by Raja Jarasandha to prevent the Pandava's from entering Rajgriha. The Big Stone Platform structures at key strategic places around the cyclopean wall  are probably the watch towers. The story further says that the Pandava's army  could enter Rajgriha from the eastern flank (i.e Giriyak Hill). And this was followed by a 27 days dual between Bhima and Raja Jarasandha that  ended with the Jarasandha's Death.

Giriyak Hill and its surroundings also has many Buddhist sites. One of the Important disciples of the Buddha, Sāriputta was born here and later attained Parinirvana in a village close to the Giriyak Hill; as mentioned in the travelogues of the Monk Scholars Fahein (5th CE) and Xuanzang (7th CE).
Legacy Of Sariputta- A Short Movie


The Ancient Remains on the Giriyak Hill 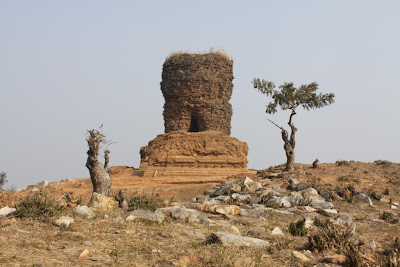 
Close view of the Scientific Clearance work of the Brick Pillars
The scientific clearance of the Cylindrical Stupa has exposed beautiful motifs made on bricks. we can see a layer of Pilaster on the stupa and at places the pilaster layer is almost one Inch thick. This indicates that this cylindrical stupa was once beautifully decorated with stuccoes. 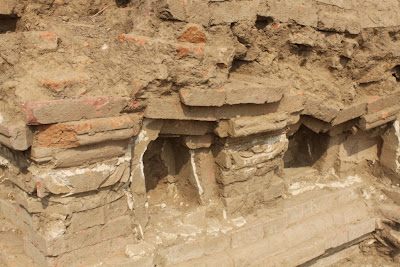 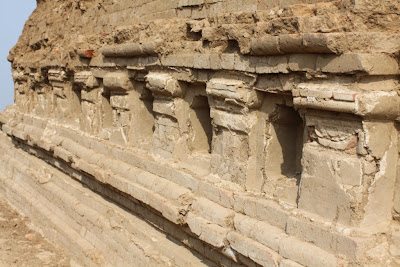 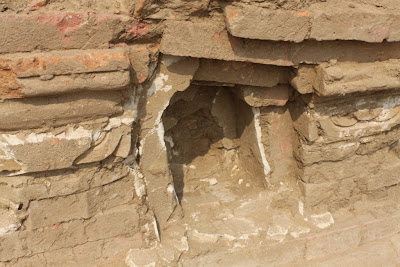 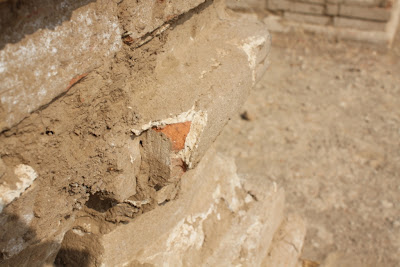 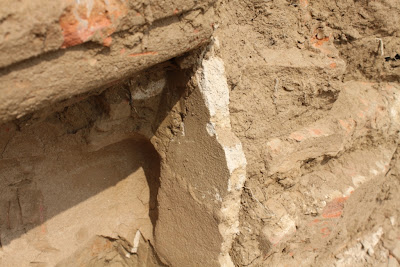 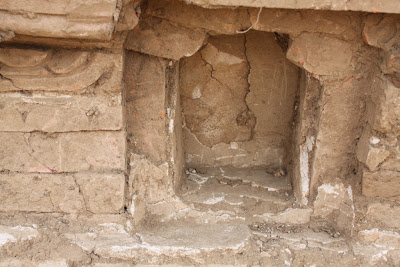 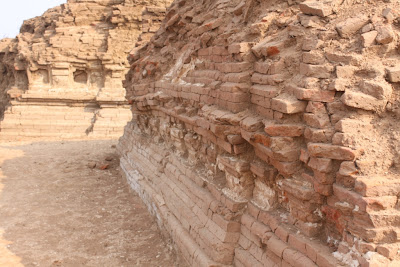 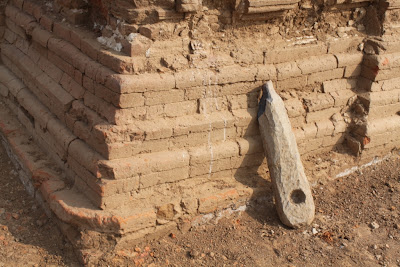 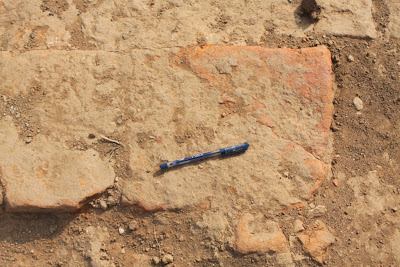 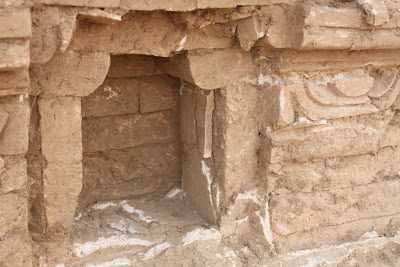 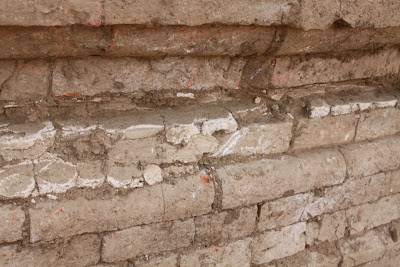 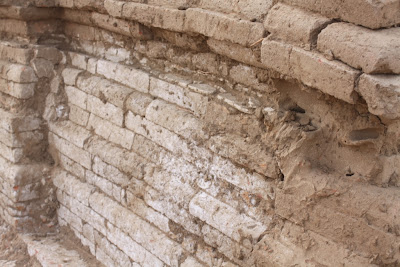 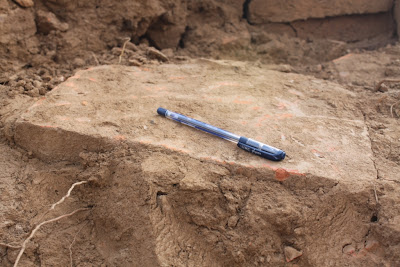 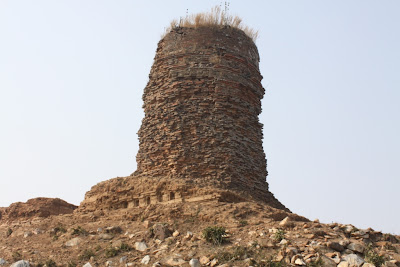 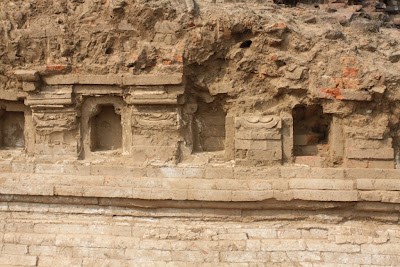 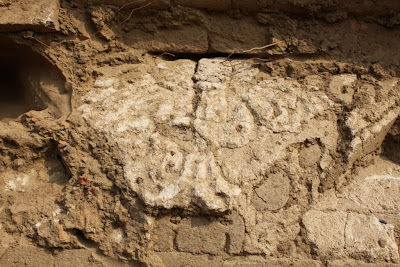 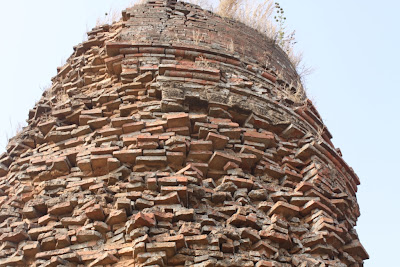 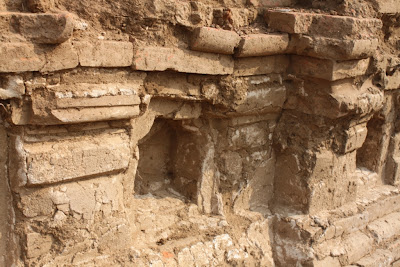 Revival of the Place

These mighty structures are just a shadow of its glorious past. Ancient Buddhist remains scattered in remote villages of  Bihar always reminding of the glorious past. A Sariputta World Peace Walk was organized this year at base of the Giriyak Hill with the objective to bring the Bhikkhu Sangha to this heritage site. 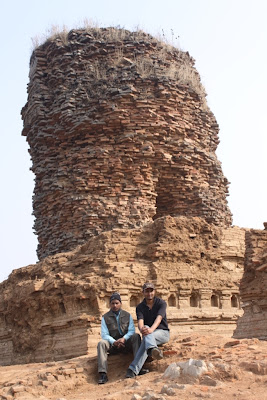 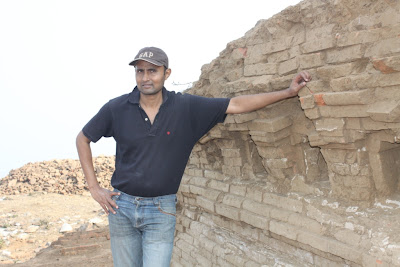 It is very helpful and informative blog post. I would like to thankful to you providing such a information I have also have website providing very good information