A statue of the Buddhist deity Tārā (110 cm X 45 cm X 20 cm) was stolen from village Sarsu (Gaya District, Bihar, India) in September 2007. The matter was reported to the police but the sculpture could not be traced. It is almost nine years since the statue was stolen and by now it must have reached some museum in Asia, Europe or USA. Due to lack of awareness the matter was not reported at international agencies tracking the stolen artefacts.
Now we are making efforts to track the statue. The statue has been reported at the Art Loss Register. The people who have stolen the statue by now must have prepared a provenance dating before 1970 to qualify for the 1970 Rule i.e. this statue of Tārā was out of its find spot (Sarsu) before 1970. But we have sufficient evidence to prove that this statue was in the village till 2007 hence if we are successful in locating the statue we may claim its repatriation.  We have a picture of the statue from the find spot i.e. the village collective at village Sarsu in Gaya District. The statue of Tārā is also published in the Journal Manavkij (Published in 2014).

We request all the concerned people who are working nationally and internationally on tracking the stolen artefacts to spread the word and help us track this wonderful piece of statue that belongs to Bihar.


Online link of the Telegraph News 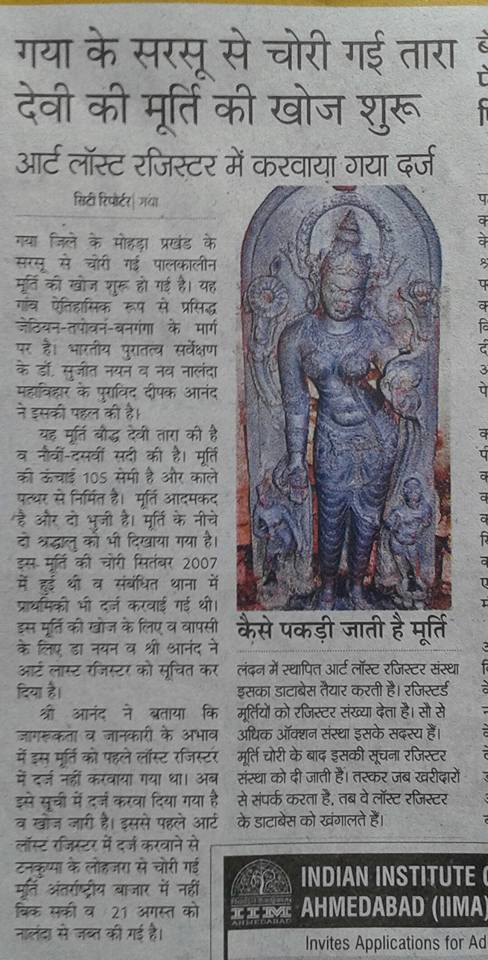 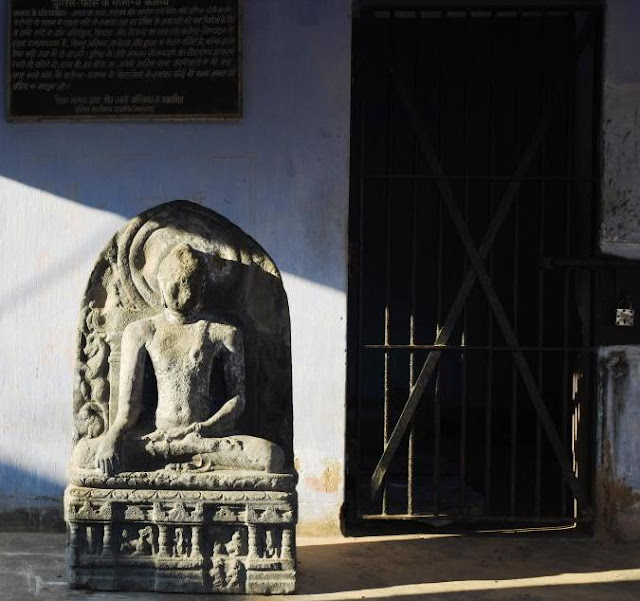 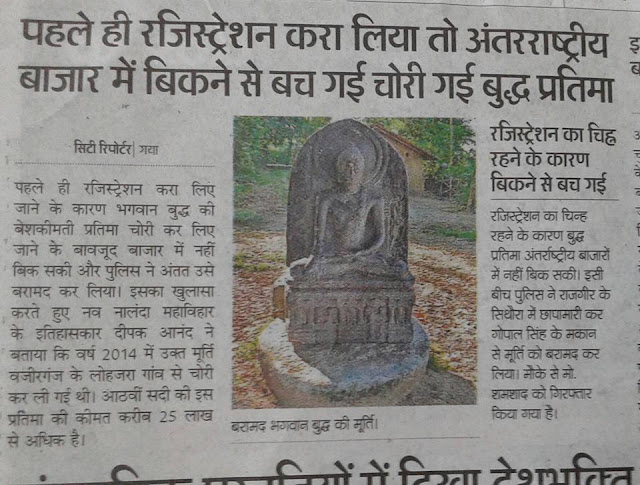