Protection, Preservation & Conservation of the Cultural values of Jethian

Jeṭhian retains a unique assemblage of places of cultural heritage value relating to the sublime wanderings of the Buddha. The Jethian valley, its landscapes and features and the archaeological sites, are treasures of distinctive value and they provide visible evidence of the continuity between past, present and future. There is a need to safeguard the tangible and intangible cultural values of the Jethian for present and future generations.
Making of the Site Development Plan and Participatory Rural Appraisal (PRA) at Jethian is planned under the “Revival of the Ancient Buddhist Pilgrimage in Bihar”(RABPB) Project. Site Development Plan and PRA are designed to facilitate the process of the heritage development and showcasing.
The whole process of the site development will need some conservation intervention. Conservation may involve, in increasing extent of intervention: non-intervention, maintenance, stabilisation, repair, restoration, reconstruction or adaptation.
Identification of the Antiquities of Jethian
The antiquity of the Jethian was first noticed by A. Cunningham in 1871. In 1899 Sir Auriel Stein visited the place and identified Rajapinda cave with the Asura’s cave mentioned by Xuanzang. Besides the Rajapinda cave, Stein also linked the remains over the hills and the valley with the Xuanzang’s description, prominent among them was the remains at Saffighat pass. The remains of Saffighat pass were also reported by Grierson

Dr Atul Verma, Asst. Director, State Archaeology Department made a visit to Jethian on 29th April-2012, to inspect the places that needs to be protected

Places to be protected at Jethian

Xuanzang's description- A stupa 6-7 Li south-east of the dense forest to mark Buddha’s presence and a road constructed by raja Bimbisara by the ridge of mountain. 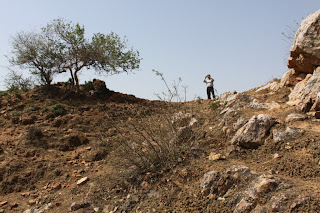 Pali reference- In it was the Supatiṭṭha cetiya, where the Buddha stayed during his first visit to Rājagaha from Gayāsīsa ( , ), after the Enlightenment. There Bimbisāra visited him with twelve nahutas of followers, and Uruvela Kassapa dispelled their doubts by declaring his acceptance of the Buddha as his teacher (Vin.i.35ff, DhA.i.88, AA.i.166, BuA.18, etc).
Xuanzang visited Ashokan Stupa at place where the Buddha preached law
3. Asura's cave ( Local name-rajapinda cave) - 25° 56’ 45 N, 85° 20’ 25 E
Xuanzang's Description- and 4 Li further north of rishi Vyasa place was a large Asura Cave on the hill where the Buddha had discouse with Asura.  Xuanzang also mentions about a causeway reaching the cave made by raja Bimbisāra to reach the Buddha.
Support of the local people at Jethian
People of Jethian village are aware towards the heritage they are bequeathed with. Villagers are very kind and generous, we can't thank them enough for their cooperation. Specially, Raju who is very active and he keeps documenting events and visits of the pilgrims in Jethian. He was kind enough to share few of his pictures from this pilgrimage season with us. 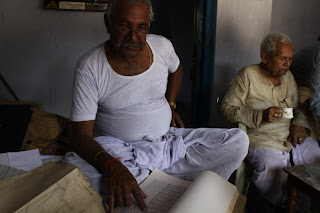 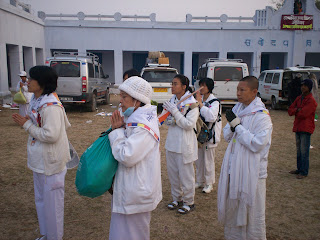 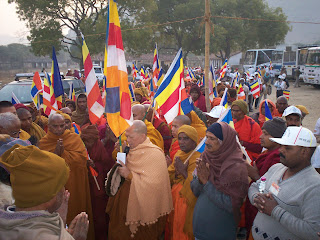 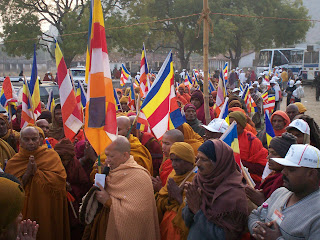 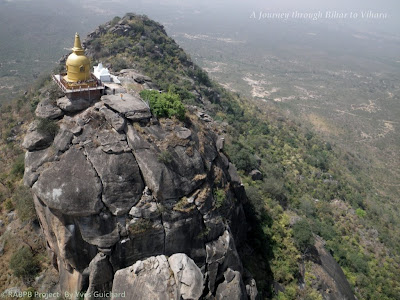 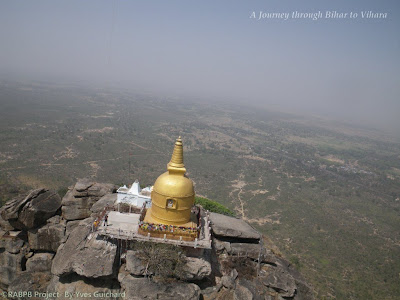 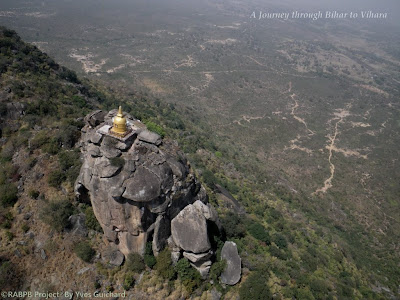 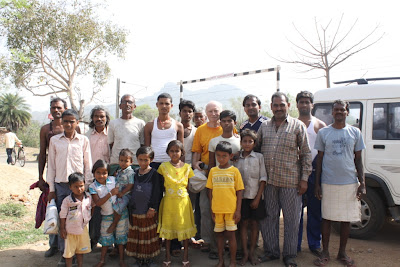