Ghodakatora Dam (25° 01’01 N, 85° 29’ 51 E) is surrounded by hills from three sides. As the name suggests this place was associated with horses (Ghoda). In ancient times, Rajgriha, the capital of the Magadhan Empire, was ruled for centuries by many kings.  This area was most likely a watering hole for a large number of the king's army horses. 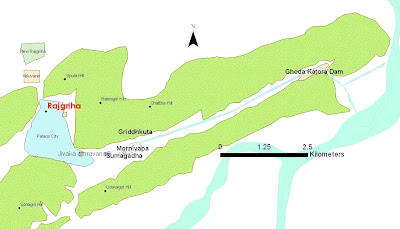 In 2009, December, the Chief Minister of Bihar, Shri Nitish Kumar, visited this place.  He was immediately captivated by its natural beauty and natural setting. In consultation with government officials, he immediately set the stage for the development of Ghoda Katora Dam as a destination for tourism.

Previously under the Department of Forestry, the Ghoda Katora Dam was transferred to the Department of Tourism on January 28, 2011, with the intent to keep this area ecologically-friendly.  Only bicycles and horse carts (Tongas) shall be permitted on the road to the dam. Efforts to keep the area in its pristine state have also been made.  Waste cans for trash are provided, as well as, portable public toilets.
Ghoda Katora Dam in 2011, January 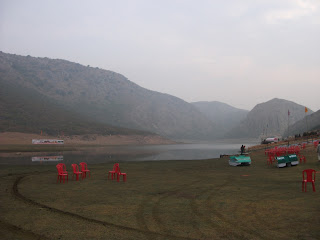 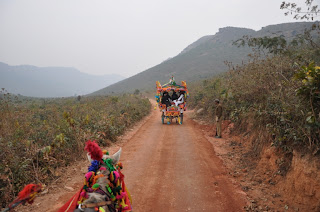 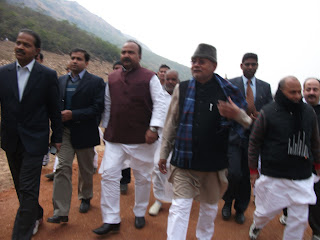 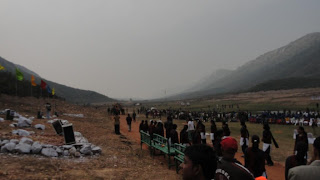 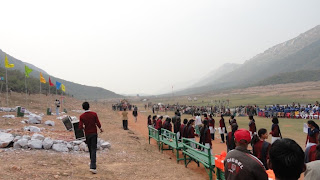 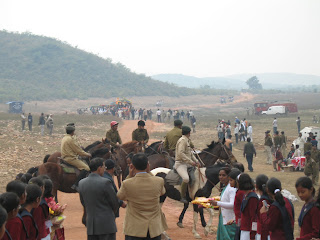 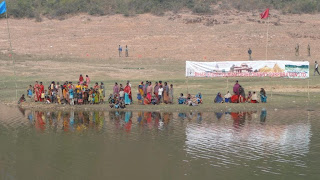 this is good place

from this site we get more helpful information. thanx for the valuable information. if you looking for any query about bihar board 10th result 2017 then click on
Bihar board matric result