The historic meeting between  the Buddha and the Maha Kassapa took place at the present village of  Silao, as suggested by the literature and discoveries.

Read- Rediscovery of Maha Kassapa image at Silao
As a part of the revival of the Ancient Buddhist Pilgrimage of Bihar, the next logical step is dedicating at Silao, a park to mark this historical event. The rediscovery of the Maha Kassapa image was highlighted in the media and, as a result, the community of Silao and the surrounding area is now aware of the recent developments on the issue. The idea to create a park was discussed with the appropriate government authority and it was felt that a preliminary survey of the site be done first to find the availability of land.
Anand, the official from the administration, arranged the maps for the few community leaders and decision makers who collected at the site today. The criteria for the site selection was simple, the place should be close to Silao, sufficient land should be available to meet the present and future requirements, the surroundings should be good, and the site should have a good access.

Overall it was a good meeting at this site and the final report shall be ready in  day or two. The report will consist of list of plots in the area of interest that are owned by the government and private land owned by the farmers.The present site is surrounded by water bodies on three sides and is located near the National Highway connecting Rajgir, Nalanda and Bihar Sharif.

The ﻿Four day Budhiya Kabaddi tournament began today at the Sanskritik Gram of  the Nava Nalanda Mahavihar grounds. Given below are a few pictures of the fun day from today, which is just the beginning...
The event will continue through the 20th February 2011 and details were given in the previous post.

Unveiling the Jarasandha Trophy-2011
The District Magistrate Shri Sanjay Agarwal, at his Office on 16th February, 2011

Preparations of the venue-17th February 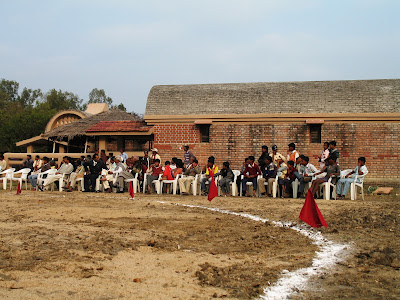 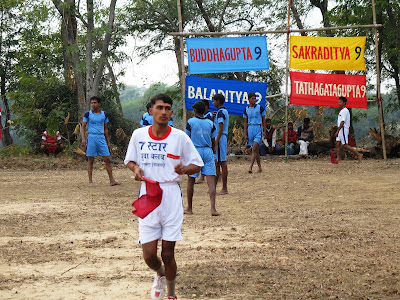 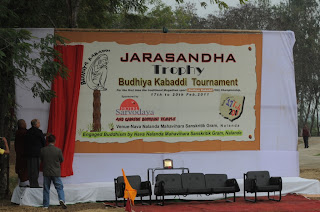 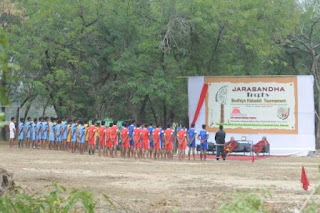 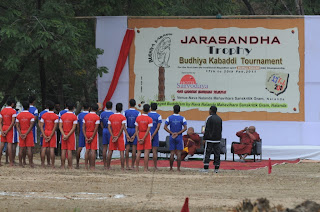 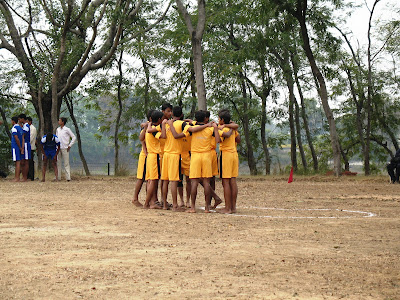 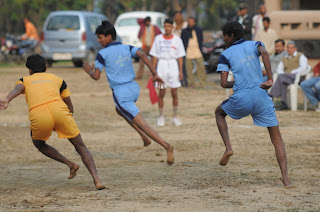 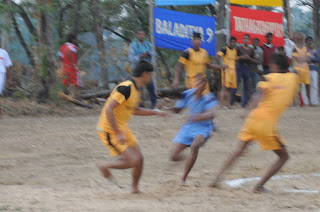 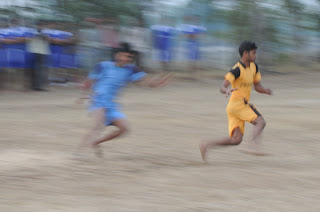 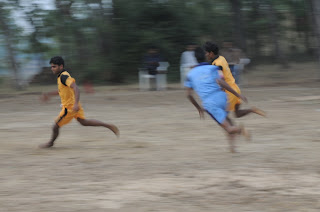 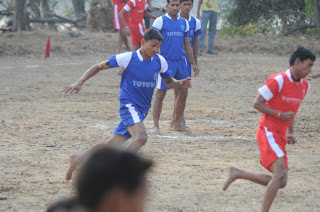 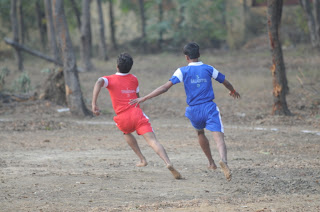 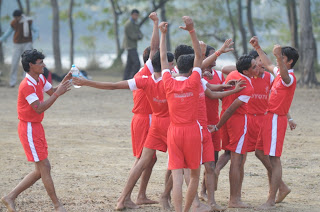 The Prize Distribution Ceremony for the Day 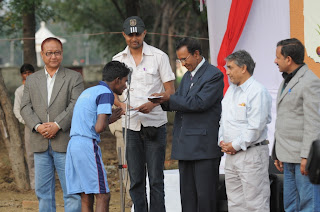 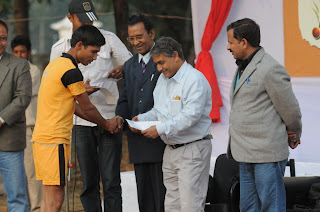 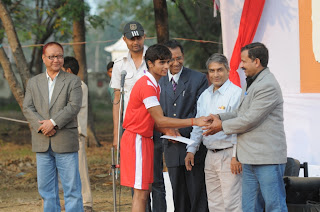 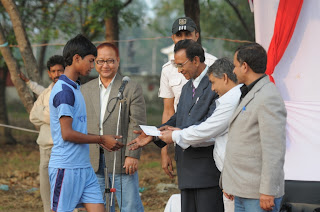 
This initiative is to revive an old game, bring it back to the main stream and link it to tourism... ﻿ 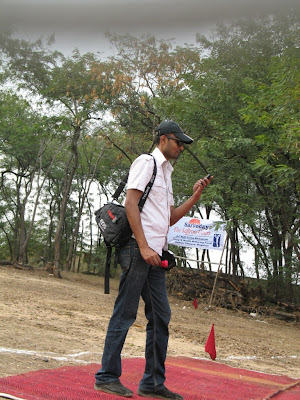 Day one was covered in a news article published by Jagran: READ HERE
Posted by Shalini at 1:18:00 AM 0 comments

Man behind the Creativity - Alok Jain

This post is meant to say a secret 'thank you' and to introduce to you the man behind the pictures and graphics that you very often encounter in our work. The person behind the lens is Alok Jain. One of his most recent creations is the promotional material for Nalanda's Budhiya Kabaddi Tournament.
The following are just a few samples of recent his work. Other examples you have seen before in other postings, such as the "Sariputta Peace Walk" and the "Maha Moggallana Walk" banners and stickers.
And just like a lot of initiatives that we have taken, which yet haven't sprouted from the ground, there are works of this brilliant photographer and designer that are waiting to see the daylight. As we forge ahead together, take notice of his creative work and recognize the man behind the lens, working extra hard to make the most basic issues visually appealing to the senses and inspire others in the process...

Whenever a new seed is sown into the ground, each new sprout, each tiny fragile leaf brings about a cause for celebration.  We feel the same way as local teams practice kabaddi to stake their claims for the Jarasandh Trophy. Below, a local newspaper raves about the new initiative.
Times of India says: READ
Jagaran says: READ 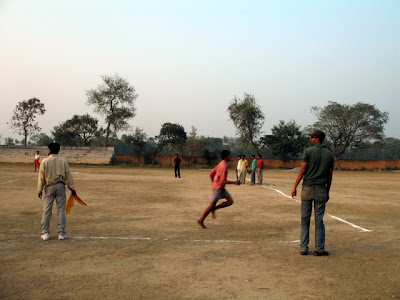 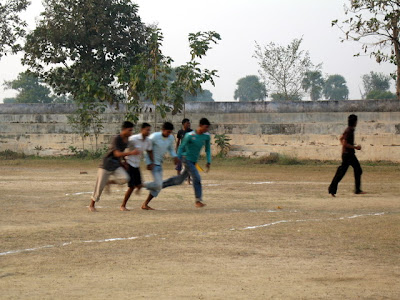 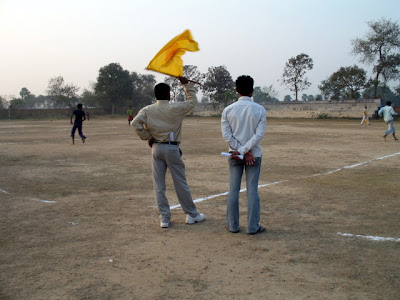 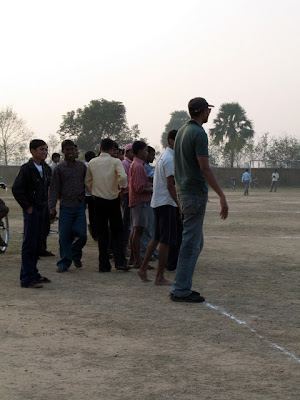 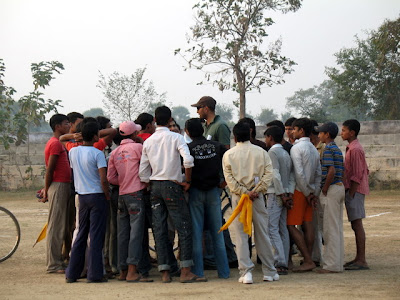 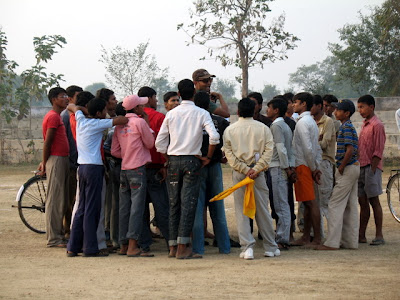 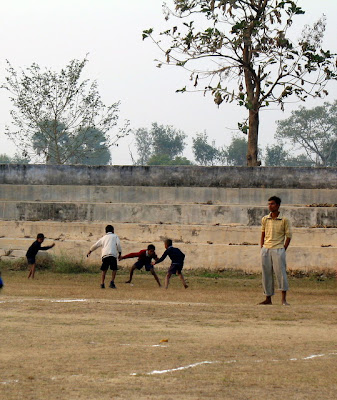 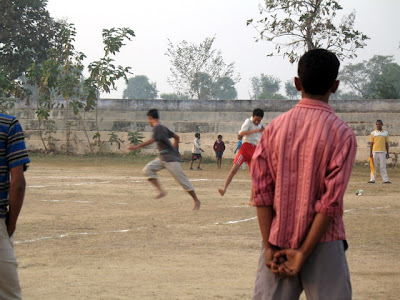