Vishwa Shanti Stupa (World Peace Pagoda) was conceptualised by  Most Ven. Nichidatsu  Fujii of Nichihonzan Myohoji sect that emerged from Nichren School. The Foundation stone of Vishwa Shanti Stupa was laid by President Dr. Radha Krishnan in 1965 and inaugurated by President Shri V. V Giri in 1969.
Shri Upendra Maharathi ,noted architect and artist, played an important role in its design and architecture.

The Vishwa Shanti Stupa was constructed at Ratnagiri Hill behind the Griddhkuta hill because it was at Griddhkuta that the Buddha delivered the Saddharma Pundarika Sutra the basis of Nichiren Sect. Also Rajgriha( Rajgir) is an historical place and was capital of the Ancient Magadha Empire. Ven. Fujii Gurujee believed Rajgriha played an important role in the installation of the Buddha as a religious leader. 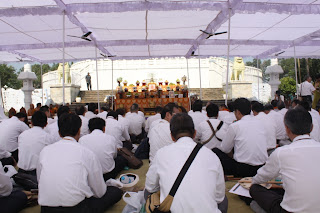 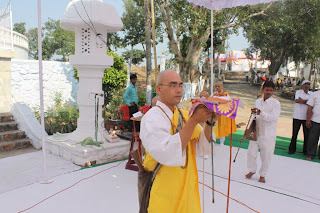 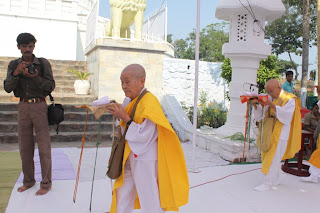 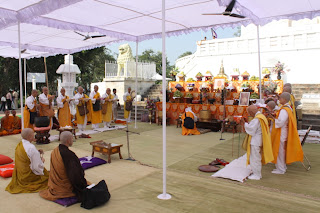 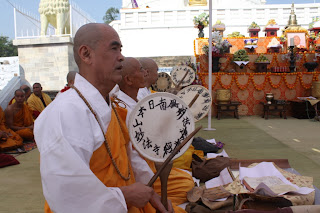 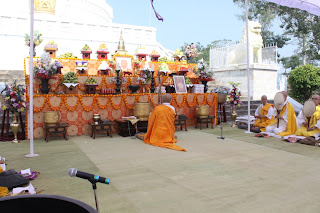 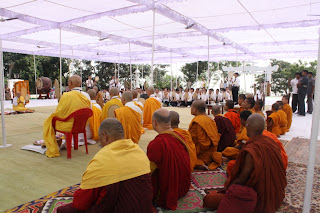 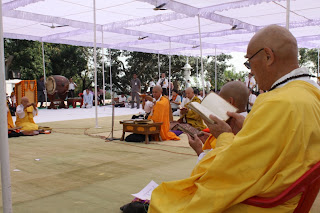 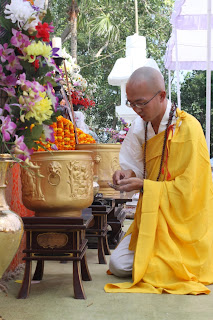 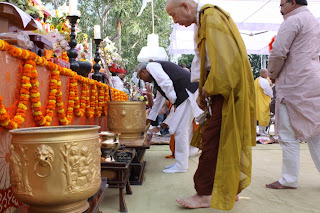 The World Peace Pagoda is a symbol of Peace. Thousands of pilgrims and visitors visit this place every year and pray for peace by circumambulating the Peace Pagoda. The Chief Guest Shri Nitish Kumar Ji also took the circumambulating path around the peace pagoda drumming the traditional peace drum. 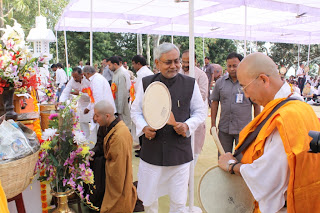 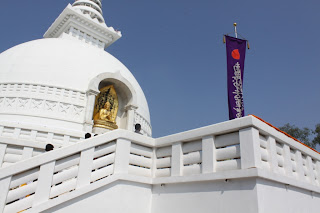 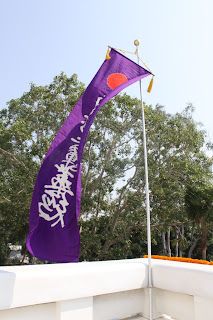 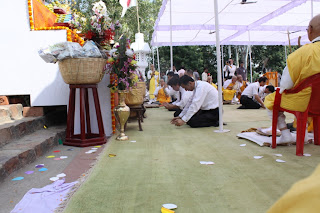 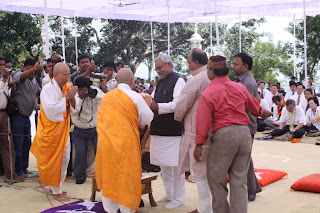 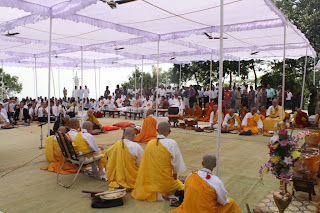 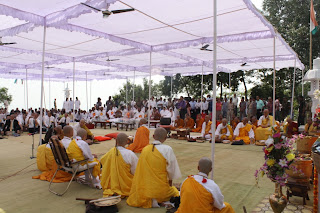 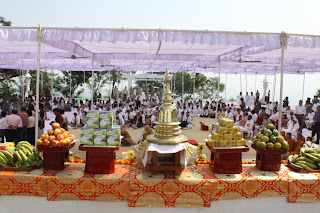 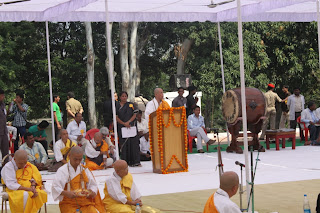 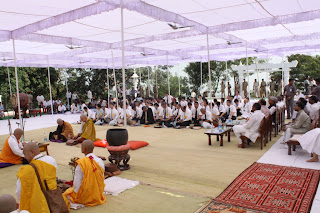 Prompt action by Department of Youth, Art and Culture, Government of Bihar has brought temporary relief to the Heritage of Barabar. The rampant mining activity at Barabar has stopped but still the question is for how long.
TIMES OF INDIA Reports
I spoke to few villagers at Dharawat, Kuri Sarai and Dakra and all of them confirmed about raid conducted by District Magistrate. They felt this was indeed a good step but this is not enough in long run.
The hills are surrounded by villages and the mafia active in illegal mining operates from these villages.
Villagers said, such raid brings temporary relief and the mining resumes after few days.
Some long-term measures could be,
1- Blocking the access to the hills
2- Awareness generation drive in and around Barabar hills
3-Notice boards with warnings
4- 24Hrs Helpline so that people can report any suspected activity

Department of Tourism, Government of  Bihar is planning to have Sound and Light Show at important sites along the "Footsteps of the Buddha" circuit in Bihar.
Ms. Virat Husain and Rahul from "Stagedoor", a Gurgaon based organization.conducted  recce of Mahamaya Sarovar, Bodh Gaya, Ghodakatora Dam and Pandav Pokhar, Rajgir and Xuanzang Memorial Museum, Nalanda, on 3rd and 4th Oct-2011.
Posted by Deepak Anand at 3:31:00 PM 31 comments