Places visited by CM for revival of this circuit 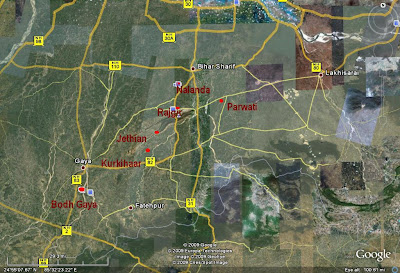 Jethian- Lat- 24° 56’, N, Long- 85° 20’ E)
Jethian is associated with many events during the lifespan of Buddha. Xuanzang, the Chinese scholar spent almost 2 years here with an eminent monk Jayadeva and as expected has written extensively about the many spots associated with Buddha. Cunningham identified this site in 1871and then Auriel stein carried the work forward by identifying various the spots discussed by Xuanzang in his travelogue. The exploration and identification work is only partly accomplished as Jethian still has some mounds, an ancient tank and some pala period sculpture scattered that needs serious attention from an archeologist. A Japanese monastery has taken an initiative and built a small temple to house a beautiful Buddha sculpture. Things are progressing slowly on the path to self-reliance and the villagers from the Jethian Valley are prompted to take training and develop rural tourism related industry like home stay for tourists, supply local cuisine and encourage youths to take up responsibilities as escorts and guides in the area. Jethian has many sacred places in its vicinity where tourist can make day trips while maintaining their base there. Tapovan is about 3 Kms Southwest from Jethian and is one such spot which tourists might like to visit since this is where the Buddha often frequented. Tapovan has hot water springs and is a very sacred site for local population. Xuanzang in his travelogue refers to a stupa that was raised at the spot where Buddha walked. Auriel Stein in 1902 identified a 30 ft round 10 ft high mound as the particular stupa mentioned by Xuanzang. Village Kurkihar (Lat- 24° 48’, N, Long- 85° 12’ E) in the Jethian valley is about 40 Kms from Bodhgaya and is equidistant both from Rajgir and Bodh Gaya and this would be an ideal place to be developed as Night halt point for the pilgrims. The antiquities of the village are very rich and suggest that this village was probably the foundry of ancient Nalanda University. 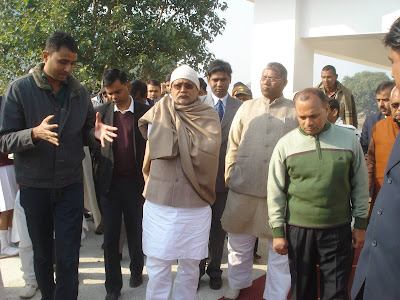 Rajgir Valley-
The dense valley of Rajgir spans for almost 18 kilometer and falls under jurisdiction of two district administrations. Split half way through the middle a 9km stretch belongs to Gaya district and the other 9 Km to Nalanda. The Chief Minister ventured for a distance of about 9km inside the valley from rajgir end. The forest is home to a variety of flora and fauna and some of the trees and plants are of medicinal value too. The CM suggested that the valley needs to be conserved in its native state and it may be fenced in but at the same time be open to tourists who would like to visit it on a safari.

Sone Bhandar- Lat- 25° 00’ 25.72”, N, Long- 85° 25’ 00.48” E)
Sone Bhandar is a man made cave cut into a huge rock ledge, and poses to be a puzzling architecture in itself. As one exists from the 18 Km dense Rajgir valley, Sone Bhandar welcomes the visitor and have been doing so since the Mauryan era. The evidences suggest that this cave must have been built by Mauryan rulers they then donated it to the Jain followers. CM visited this place and was caught in its enigma and proposed that it should be further explored for a venue for the next annual Rajgir Mahotsav (Dec 5-6, 2010). 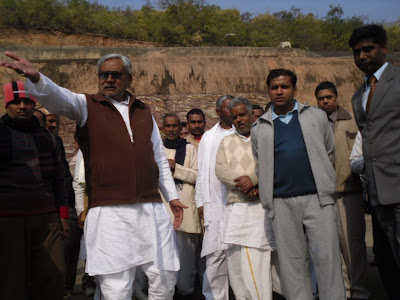 Rajgir to Parwati
The next destination on CM’s agenda was yet another important place of Buddhist pilgrimage, prominent scholars including Xuanzang and Fahien visited it earlier in the millennia. It was Indrasaila guha situated near modern day Parwati. Current infrastructure provides no direct road link to Parwati and reaching the site is very time consuming. The 45 Km stretch from Rajgir to Parwati has many villages with rich antiquities and birthplace of Sariputra, the dhamma senapti of Buddha lies on this route. The purpose of the visit was to see the antiquities of the village and talk to community in this regard and to discuss possible shortest route to Parwati that would include all villages en route with significant heritage. Three bridges are under construction over River Panchane and Sakri to create a short route linking the entire heritage site. The CM personally visited all the bridge sites and urged for a speedy completion of the bridges. 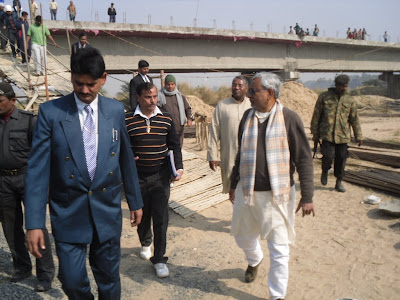 I am Madhuri desai an escort from Bangalore in India - good day gents! i am Madhuri +91- 8147349718 repulsive Bangalore Escorts Services up the first-class Escort.