Day after Christmas with COMMUNITY IN TELHADA

CM visited Telhada the day after Christmas on the 26th of December 2009.
Telhada used to be the monastery of Pragynabhadra who was the chief abbot of this university which had 1000 students when Xuanzang stayed and studied here for two months in 640CE. As per Xuanzang’s account this monastery was constructed by the last king of Bimbisara linage. He further describes it in detail mentioning that this monastery had a 30ft stone sculpture at the centre. Almost whole of the village is settled over a big mound which is almost 30 Acres in size. There is a 30ft high stupa type mound in the west corner of the village and it is being excavated by state Archaeology department. This exploration work was brought to fruition because of Chief Minister’s visit to the area and his instigation to follow it through.
We have been working with the community of Telhada for last 4 years and two years ago we facilitated a suitable community based institution to take care of the heritage and tourism. And then taking it a step further developed a community museum to house all the sculpture scattered around village. 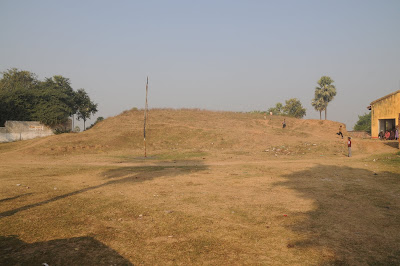 The people of the village are extremely enthusiastic about preserving their heritage and showcasing it in a way that can be shared with the connoisseur of the history and culture. Last year the villagers’ helped with the collection of these sculptures and the youth of the area played an extremely important role. In his earlier visits to Telhada CM had assured that Telhada be developed as a tourist destination. This excavation of the site is a concrete step towards a new chapter for the community participation and the community taking ownership of the heritage. The keen interest of the CM to revive the tourism potential of the area and making people proud of the heritage that they have preserved is a positive reinforcement and can be seen as an example to be followed by others who are in a position further a cause and make a difference. 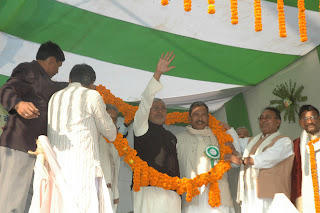 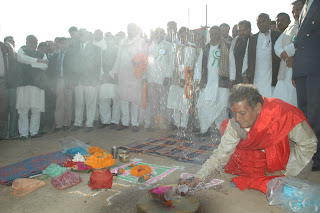 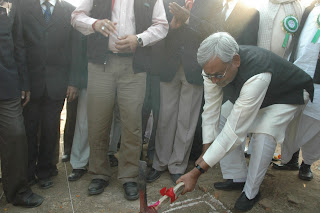 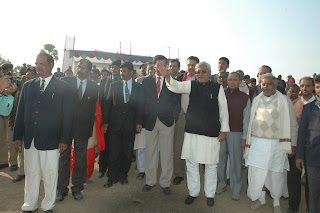