It was an early Sunday morning on 27th of December; the light of dawn barely hit the red brick structures when the CM along with his team visited the remains of ancient nalanda university. CM listened to the history, the exploration process and the present situation of the ruins as they stand, during the discussion on site he came up with few suggestions on development of new interpretation plan, weaving the stories through the archeological evidences and development of suitable signage so that even a lay person could identify with the heritage. He seemed very interested in the proper exposure of the site and developing the proposed Xuanzang Avenue linking of Juafardih and Rukmanisthan with Nalanda remains and opening up the western face of ancient remains of nalanda. Interpretation of Nalanda becomes more comprehensible once Rukmanisthan and Juafardih are included in its description. While Juafardih was once an outhouse of Nalanda sangharama, Rukmanisthan was the place where last students took hiding when Nalanda was attacked by Turks invaders. These facts about the new sites built up a complete picture and interest the visitors to look beyond the established patterns. 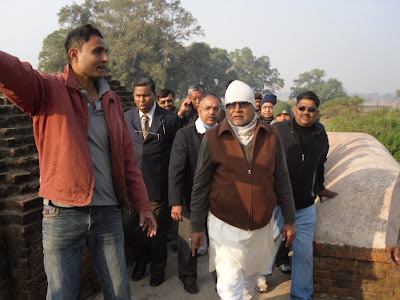 Picture 1: At Nalanda University
There is a big mound at the centre of Juafardih village which was excavated in 2007. The antiquities and the excavation find suggest that Juafardih is the site of ancient Kulika, the birth place of Mahamogallan an important disciple of Buddha. As per Xuanzang the stupa was erected by King Ashoka over the body relics of Moggallana. CM inquired about the exact distance between Juafardih and Nalanda, and also about the heritage tanks and gave necessary guidelines for its renovation. Tourism department is preparing a site plan for the newly excavated site which will be implemented soon. 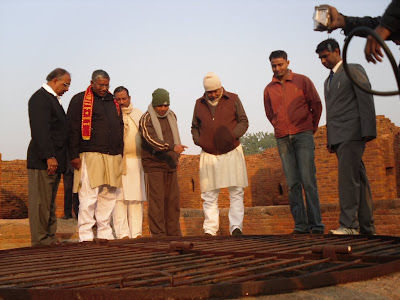 Picture 2: At the remains of Nalanda University

Also, there is a detailed plan being formulated by the department of tourism, government of Bihar, which is based on the original master plan that we shared here in the blog, to help showcase the heritage of Nalanda and pave way for the rural tourism to the heritage villages. This plan would take into account the development of the sites that have already been identified and would place a system in progress for all future discoveries.