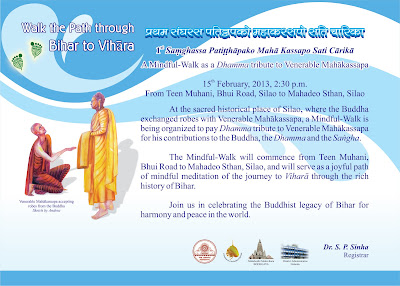 A Mindful-Walk was organized today on Basant Panchammi at Silao to pay Dhamma tribute to Venerable Mahakassapa for his contributions to the Buddha, the Dhamma and the Sangha. Venerable Mahakassapa was third prominent disciple of the Buddha who became the head of the Sangha after the Mahaparinirvana of the Buddha and played a very important role in preserving the teachings of the Buddha by convening the first Buddhist Council at Rajagriha. Venerable Monks, Officials from district administration and Community from Silao in large number came together in making this event a success.
In Buddhist literature we find mention of a very important event of “Exchange of Robes” between the Buddha and Venerable Mahakassapa somewhere between Rajagirha and Nalanda.
In 1934 a broken sculpture from Pala Period (8-12th CE) of Venerable Mahakassapa was discovered at Silao. The sculpture had a long inscription in Brahmi script mentioning about the historic event of “Exchange of Robes” between the Buddha and Maha Kassapa. The sculpture was relocated in 2010. The Mindful-Walk was organized at the Sacred-Historical place to revive the sanctity of the place and bring it back on the Buddhist pilgrimage radar. 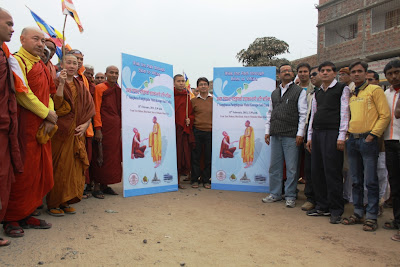 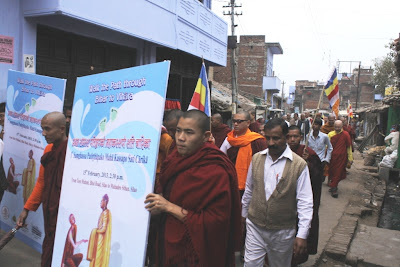 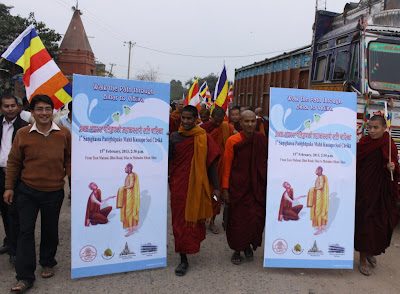 Venerable Bhikkhu Sangha and the Community walking through the bylanes of Silao..Facilitating Awareness Generation 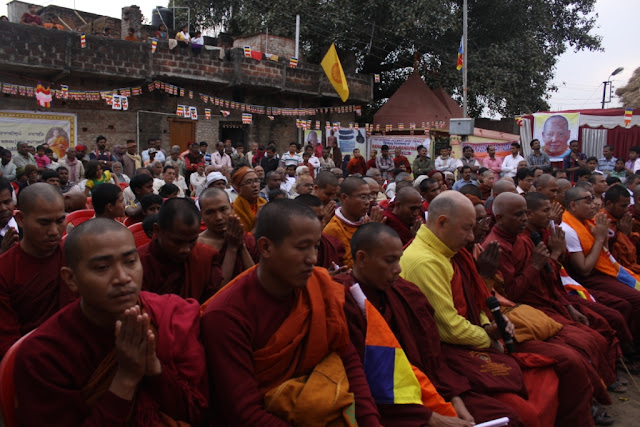 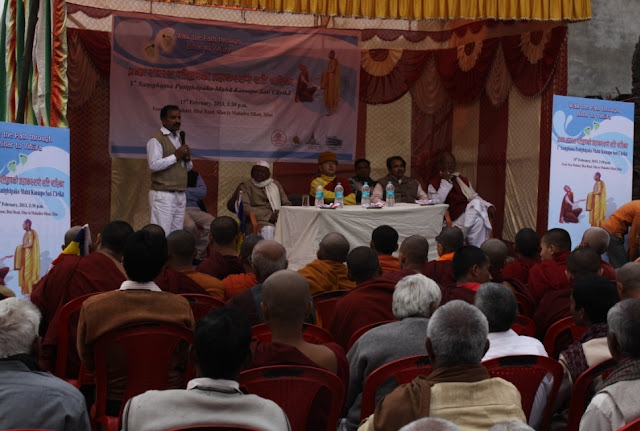